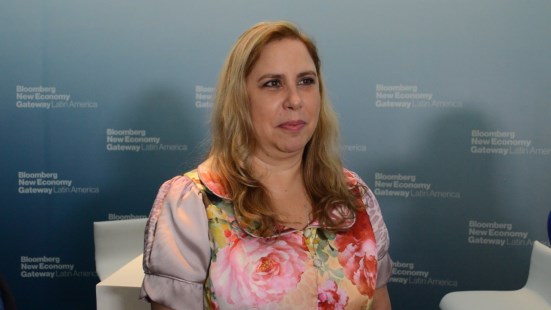 Holding the Bloomberg New Economy forum in Panama is a showcase to enhance the visibility of the country towards international investors who see Bloomberg as a means from which they obtain the information on which they base their possible future investments, as indicated by Carmen Gisela Vergara, Administrator of the Agency for the Attraction of Investments and Promotion of Exports, (PROPANAMÁ).

Vergara, on the second day of the forum, mentioned that having had this Bloomberg forum in Panama has been very successful, since it is the first time it has been held outside of Asia, and the first time in Latin America, so for Panama having achieved the forum is already a very important gain due to the international repercussions it has.

“Bloomberg is a medium that has a written part and a television part, and everything they have been doing on their social networks, their articles and through the television channels have been about the event in Panama,” she assured.

She explained that in fact many of the interviews have been given from Panama, and the forum has been alluded to in all Bloomberg channels, and the fact that Panama is among the countries that are looking to install investments is a gain.

"In the discussions that took place yesterday we could see that we are aligned in the investment attraction strategy with global perspectives," said the Administrator of PROPANAMÁ.

"Yesterday there were also announcements about potential investments that would be made soon, and about which they will be followed up, to ensure that they can actually be carried out," said Vergara.

Regarding the problem of those obstacles that some investors encounter to do business in Panama, he indicated that they are issues on which they are working, through the Authority for Government Innovation (AIG) they are working on the digitization of many of the services that the State offers, so that it can be closer to the citizenry and not the other way around as it usually happened that people had to go to the public institution to carry out a procedure.

“Increasingly, we have managed to digitize certain procedures and we are in that digitization process that will bring not only a significant cut in the time and procedure to achieve certain procedures, but also in their transparency,” assured the Administrator. of PROPANAMÁ.

Finally, he mentioned that PROPANAMÁ, in order to clean up the image of the country before the countries that have Panama on the gray lists, is working hand in hand with a Panama Mission that works from the Ministry of Foreign Affairs and whose mission is to reverse that negative image in order to generate confidence again in the foreign investor.