The US – PANAMA Bilateral Investment Treaty 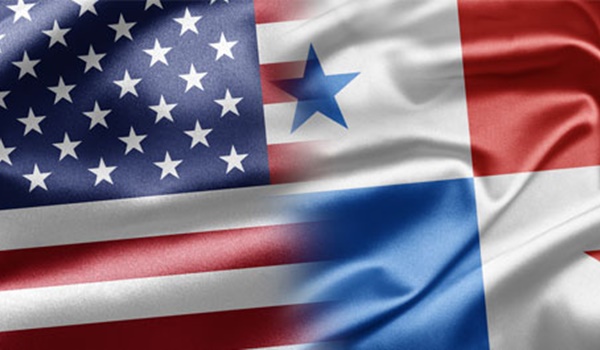 In 1981, the United States initiated the global bilateral investment treaty (BIT) program to encourage and protect U.S. investment in developing countries. By providing certain mutual guarantees and protection, a BIT creates a more stable and predictable legal framework for foreign investors in each of the treaty Parties. The negotiation of a series of bilateral treaties with interested countries establishes greater international discipline in the investment area.

BITs are consistent in purpose with the network of treaties of Friendships, Commerce and Navigation (FCNs) which continue the U.S. policy of securing by agreement standards of equitable treatment and protection of U.S. citizens carrying on business abroad, and institutionalizing processes for the settlement of disputes between investors and host countries, and between governments.

The US-Panama BIT (hereinafter the BIT) definition section clarifies terms such as "company of a Party" and "investment." The BIT concept of "investment" is broad and designed to be flexible; although numerous types of economic interests are enumerated, the intent is to include all legitimate interests in the territory of either Party, whether directly or indirectly controlled by nationals of the other, having economic value or "associated" with an investment. Protected "companies of a Party" are those incorporated or otherwise organized under the laws of a Party in which nationals of that Party have a substantial interest.

The BIT accords the better of national or most-favored-nation (MFN) treatment to foreign investment, subject to each Party's exceptions. The exceptions are designed to protect state regulatory interests and for the United States to accommodate the derogations from national treatment in state or federal law relating to such areas as air transport, shipping, banking, telecommunications, energy and power production, insurance, and from national and MFN treatment in the case of ownership of real property. Any future exceptions to these standards which a Party adopts are not to affect existing investments. The BIT also includes general treatment protections designed to be a guide to interpretation and application of the treaty. Thus, the Parties agree to accord investments "fair and equitable treatment" and "full protection and security" in no case "less than that required by international law." It specifically grants nationals of a Party the right to establish investments in the territory of the other Party, restricts the right to impose performance requirements, and obliges Parties to observe their contractual obligations with investors.

The BIT also confers protection from unlawful interference of property interests and assures compensation in accordance with international law standards. It provides that any direct or indirect taking must be for a public purpose; nondiscriminatory; accompanied by the payment of prompt, adequate and effective compensation; and in accordance with due process of law and the general standards of treatment. The BIT's definition of "expropriation" is broad and flexible; essentially "any measure" regardless of form, which has the effect of depriving an investor of his management, control or economic value in a project can constitute expropriation requiring compensation equal to the "fair market value." Such compensation, which "shall not reflect any reduction in such fair market value due to . . . the expropriatory action," must be "without delay," "effectively realizable," "freely transferable" and "bear current interest from the date of the expropriation at a rate equal to current international rates." The BIT grants the right to "prompt review" by the relevant judicial or administrative authorities in order to determine whether the compensation offered is consistent with these principles. It also extends national and MFN treatment to investors in cases of loss due to war or other civil disturbance. The BIT does not provide, however, a specific valuation method for compensating such losses.

The BIT provides for free transfers "related to an investment," specifically of returns, compensation for expropriation, contract payments, proceeds from sale, and contributions to capital for maintenance or development of an investment. Such transfers are to be made in a "freely convertible currency at the prevailing market rate of exchange on the date of transfer with respect to spot transactions in the currency to be transferred." The BIT recognizes that notwithstanding this guarantee Parties can maintain certain laws and regulations regarding transfers provided these are applied in a non-discriminatory fashion. In particular, the BIT provides that Parties can require reports of currency transfers and impose income taxes by such means as a withholding tax on dividends.

The BIT provides that where certain defined investment disputes arise between a Party and a national or company of the other Party, including disputes as to the interpretation of an investment agreement, and the dispute cannot be solved through negotiation, it may be submitted to arbitration in accordance with any dispute-settlement procedures to which the national or company and the host country have previously agreed. Unless the national or company has submitted the dispute to previously agreed dispute settlement procedures or to adjudication by domestic courts or other tribunals of the host country, the national or company may submit the dispute to the International Centre for the Settlement of Investment Disputes ("ICSID"). Exhaustion of local remedies is not required. In a separate provision, the BIT Parties also agree to grant nationals and companies of the other Party access to their domestic courts in order to assert claims and enforce rights with respect to investments.

The BIT provides for state-to-state arbitration between the Parties in case of a dispute regarding the interpretation or application of the treaty. In the absence of an agreement that other rules apply, the BIT refers the Parties to specific procedural rules which must govern the arbitration. The BIT also outlines the procedures for the creation of the arbitral panel.

The BIT exhorts Parties to apply their tax policies fairly and equitably. Because the United States specifically addresses tax matters in tax treaties, the BIT generally excludes such matters. It also specifically limits the arbitration provisions to only certain taxation matters. Another BIT provision exempts disputes arising under Export-Import Bank programs, or other credit guarantee or insurance arrangements providing for alternative dispute settlement arrangements, from the standard BIT arbitration clauses.